Sermon for Easter Sunday dawn service 2016, on John 20:1-8, preached at the Ecumenical Service at the Church of St Mary on the Rock, St Andrews.

I’ve had a week in which I have sometimes found it difficult to see Jesus. I don’t know how it’s been for you… but for me, there are people among my friends and in my family who are sick, who are hurting; people struggling with loss. And as I read and watch the news I’m faced again and again by crises: child refugees; poverty; famine; corruption; terrorism. Terrible scenes. So if perhaps you find it hard to see Jesus sometimes, I can empathise.

So too, could Mary Magdalene and Simon Peter. Because on the first Easter Day, that’s exactly how it was for them too. It had been the worst of weeks. After the triumph of Jesus’ entry into Jerusalem, the drama of overturning tables in the temple; and the intimacy of the last supper; the week descended into a living nightmare: personal betrayal; political corruption; torture; and death. Those who saw Jesus’ death must have been left utterly hopeless. So it’s understandable that John’s account of the first Easter morning doesn’t begin with an “Alleluia”.

Mary, having got up before dawn to go to Jesus’ tomb, gets there to find something unexpected: the stone rolled away from the door. It’s unsurprising, I think, that her response is to turn tail and run for help. Perhaps she simply can’t face looking any closer  without reinforcements. In any event, when she goes to the tomb she doesn’t see Jesus, and seems not to realize the truth of the situation.

Immediately they hear that something has happened, Simon Peter and the “other”, unnamed disciple hurry there to look for themselves. It’s clear that what’s happened matters to them; whatever it is, they want to see it. Yet their responses when they arrive are odd.

Simon-Peter goes into the tomb first. He looks – sees neatly folded linen wrappings and a head cloth. And he remains silent.

Then the unnamed disciple goes in and looks. And it’s apparent that something happens. The scripture says simply “he saw and believed”. There’s no “Alleluia”. No celebration. But an epiphany nonetheless; it’s clear something significant has happened. I wonder what it is he saw? What evidence would you need to “see” the Lord?

In moments when I’ve struggled to see Jesus this week, it’s comforted me to remember these responses, and to notice that the truth of the Gospel doesn’t alter in light of people’s reactions to what they first see – or don’t – of the resurrected Jesus. It’s okay that we don’t “get it” sometimes. There is time, because the Truth does not change.

And the Truth is this: that Jesus, both fully God and fully human, was without sin but was hated and betrayed; that he was crucified and died on a cross, and that we put him there. The truth is that God loves us so much that he did not leave him there but on the third day raised Jesus from the dead, that through him we might have eternal life.

The truth us that when we encounter Jesus – the love of God and the truth of the resurrection – it transforms everything.

To know Jesus Christ as Lord and Saviour means that when loved ones are sick and hurting; when the news is dark; when hope seems lost… In those moments, if we will look for him – if we will only lift our eyes and look, we will see Jesus. We’ll see him and know the truth that the darkness shall not prevail. For in Christ the victory against sin and death is already won.

So on this Easter morning,

may we see Jesus Christ, and believe,

may we encounter the love of God in our lives,

and may we celebrate that darkness shall not prevail.

For Christ is risen. Alleluia! 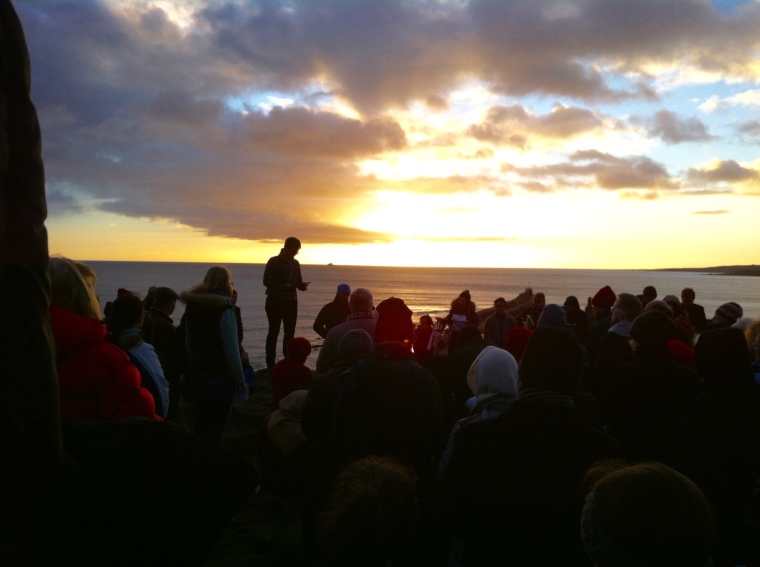 4 comments for “Have you seen Jesus today?” 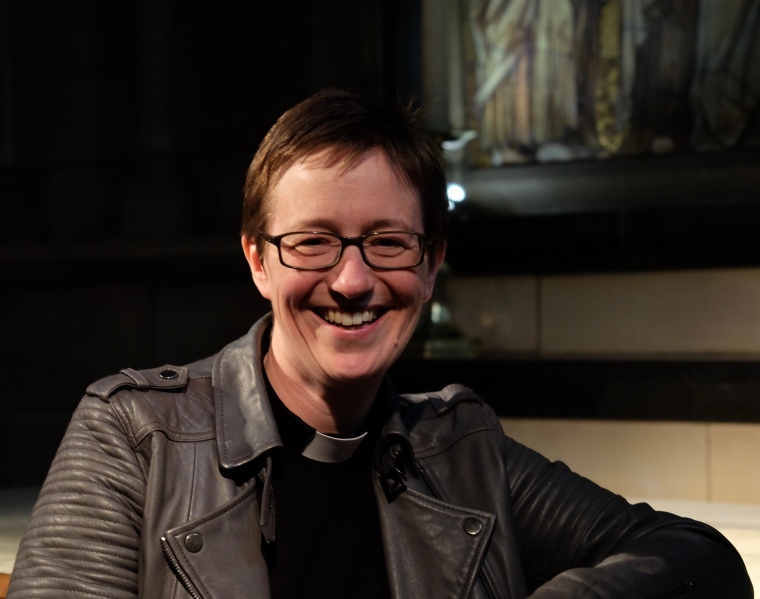